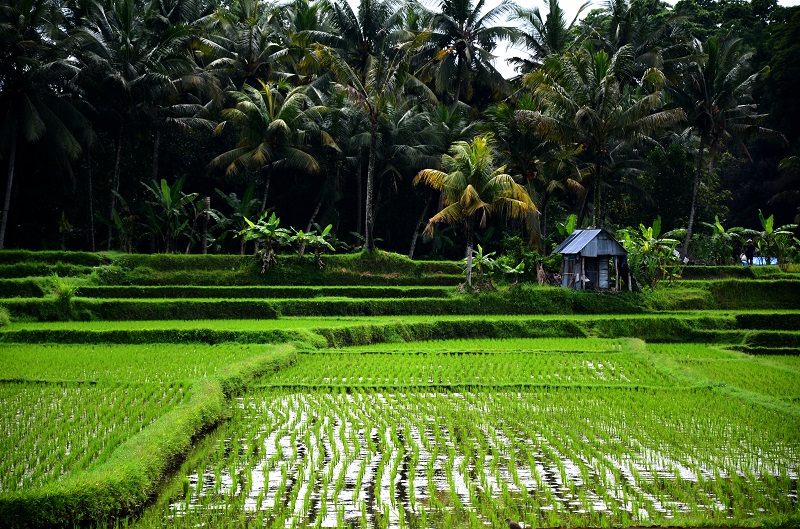 The impact of agriculture and food systems is enormous. According to the United Nations, agriculture (including irrigation, livestock, and aquaculture) accounts for 69% of the world’s annual water withdrawals – making it the largest consumer of water in the world. At the same time, land degradation, declining soil fertility, unsustainable water use, overfishing, and the degradation of the marine environment all reduce the ability of essential natural resources to produce food. In 2019, nearly 750 million people were exposed to high food insecurity. The current methods of agriculture and food systems directly threaten the health and resilience of people and the planet.

Fortunately, transforming our agricultural practices and food systems is one of the most incredible opportunities to improve health and equity, restore ecosystem biodiversity, and build resilient communities.

If regenerative biological agriculture offers such promising prospects, it is because its ethical criteria go beyond sustainability. Instead of focusing on maintaining the current balance, organic farming aims to regenerate and improve soils, as well as other aspects of the farming system. Like organic farming, biological agriculture seeks to produce a suitable soil habitat and enhance the amount of organic matter in soils and biodiversity.

The leading practices of biological and organic agriculture include lightly tilling the soil, maintaining a cover, providing nutrients and organic matter in the form of manure and composted plant matter, crop rotation with green manures, management of grazing rotation, and outdoor access for all livestock, agroforestry, as well as social justice for workers and supply chain stakeholders.

Integrating trees into the farm and combining tree crops, market gardening, or grazing also improve resilience, especially during droughts and floods. Since they penetrate deep into the ground, tree roots help water to infiltrate very profoundly, and the tree canopy can intercept rain and reduce the impact of heavy rainfall.

Overall, these practices all aim to regenerate soils and their bioactivity, restore their ability to sequester carbon and mitigate the impact of climate change, improve the water cycle; restore

microbial, plant, and animal biodiversity; increase the resistance to erosion, flooding, and drought of soils and crops; improve livestock welfare; and increase the nutritional value of crops.

Organic farming, through its practices, makes it possible to protect species and restore terrestrial and aquatic ecosystems thanks to the:

– the non-use of synthetic pesticides

The Lab report recognizes that organic farming contributes to the diversity and abundance of species and allows the preservation of ecosystem services such as pollination or regulation.

Moreover, this diversified fauna is also valuable for organic farmers:

– earthworms to fertilize the soil,

According to a note from the General Commission for Sustainable Development, food production is responsible for 57% of greenhouse gas emissions on our plate.

Organic farming, through its farming practices, contributes to the fight against global warming on the one hand by limiting polluting emissions and, on the other hand, by storing more CO2 in the soil.

Greenhouse gas emissions are limited thanks to the following:

– the cultivation of leguminous plants allows the biological fixation of nitrogen in the soil, reducing emissions of nitrous oxide (NO2). These crops not only contribute to limiting greenhouse gas emissions but also serve to improve soil fertility.

Carbon sequestration is promoted through the following:

– long crop rotations and limiting the number of ploughings;

– open-air livestock farming on permanent pastures that fix carbon in the soil and offset the animals’ methane emissions;

– the protection of hedges and trees and the maintenance of grass strips. These elements are also favourable to animal and plant biodiversity.

Organic farming is the future of agriculture.

The introduction of leguminous crops in the rotations and the addition of organic matter help regulate soil fertility and limit the passage of nitrogen into the water in the form of nitrates. Soil fertilization in organic farming is carried out using organic fertilizers. The nitrogen of organic origin binds to the clays in the soil and is thus released gradually in the form of soluble nitrates: the risks of leaching are therefore reduced. The practice of green manure crops and the strong presence of grasslands also reduce the risk of nitrate leaching.

Thus, according to the Lab report, several studies agree on less leaching of nitrates in organic farming. While this report also concludes that “reducing agricultural pollution at the source is much less expensive than treating water before distribution, ” the presence of organic farming plots in water catchment areas constitutes one of the most effective levers for regaining and preserving water quality.